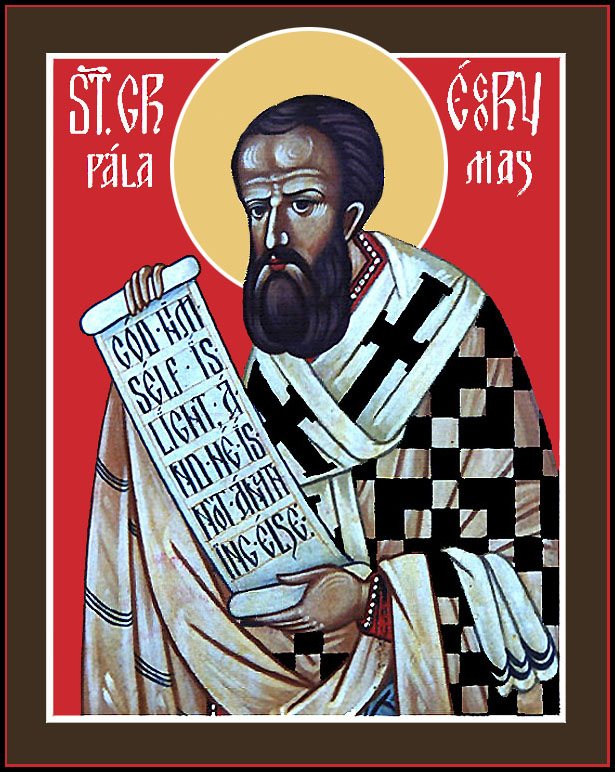 This Sunday was originally dedicated to Saint Polycarp of Smyrna (February 23). After his glorification in 1368, a second commemoration of Saint Gregory Palamas (November 14) was appointed for the Second Sunday of Great Lent as a second “Triumph of Orthodoxy.”

Saint Gregory Palamas, Archbishop of Thessalonica, was born in the year 1296 in Constantinople. Saint Gregory’s father became a prominent dignitary at the court of Andronicus II Paleologos (1282-1328), but he soon died, and Andronicus himself took part in the raising and education of the fatherless boy. Endowed with fine abilities and great diligence, Gregory mastered all the subjects which then comprised the full course of medieval higher education. The emperor hoped that the youth would devote himself to government work. But Gregory, barely twenty years old, withdrew to Mount Athos in the year 1316 (other sources say 1318) and became a novice in the Vatopedi monastery under the guidance of the monastic Elder Saint Nikodemos of Vatopedi (July 11). There he was tonsured and began on the path of asceticism. A year later, the holy Evangelist John the Theologian appeared to him in a vision and promised him his spiritual protection. Gregory’s mother and sisters also became monastics….

the rest of the article can be found at oca.org